« Are you Underinsured?
An Attorney’s Advice… At NO Charge »

20/20 Global Vision is Right on Target 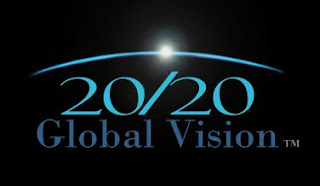 One of the critical differentiating factors at Corestates Capital Advisors is our strategic view of investing. Our mission is to sustain acceptable portfolio growth with limited risk. To accomplish this we believe portfolios can no longer be guided by predominantly domestic strategies because they tend to be overly-influenced by US Monetary Policy and US Foreign-Policy. Our 20/20 Global Vision encompasses the 20 critical global issues that will influence portfolio performance over the next 20 years. Listed below are the current 20 issues that we think will have enormous influence.With recent developments regarding the Swine Flu Virus #19 best describes the value we bring with the 20/20 Outlook. Economic Issues1. Accelerating globalization
The process of globalization will accelerate as expanding communications, development of transportation infrastructure, and more favorable trade policies encourage individuals worldwide to pursue a better economic life. The world will move closer to being one economic community.

2. Leveling of living standards
Differences in standards of living among most of the world’s economies will shrink as developing areas see rapid increases in the wealth of their citizens. At the same time, the populace of developed nations will suffer the impact of increasing global competition.

3. Moderation of economic cycles
Normal economic cycles will moderate as the major central banks become more adept at tempering inflation and managing their economies. But, this tampering with otherwise free markets could also contribute to infrequent but severe economic super-cycles.
4. Growth of the “BRICs”
Developing countries — led by Brazil, Russia, India, and China — will play larger and broader roles in the world economy and geopolitics. And, will occasionally suffer serious growing pains.

5. End of disinflation
After declining for most of the last 25 years, the global rate of inflation will begin to rise, but continuing productivity increases and global competition will moderate price increases for many goods and services.

6. Increasing petro-power
Oil and gas reserves will become an even more formidable source of power – with economic, political, and cultural impacts. Those with control of these reserves will be flexing their strengths in more and different ways, to the general detriment of the more developed economies.

7. Spread of capitalism
Capitalism and free markets will continue to spread. Economies that for generations relied on central planning will loosen economic constraints, allowing their citizens to profit from their ideas, initiative, and industry.

8. Creeping socialism
As capitalism displaces socialism and communism in developing economies, socialistic programs will become more pervasive in traditionally capitalistic economies as they adopt policies and programs that reward their less productive citizens at the expense of the most productive.

9. Some nationalization
The route to national prosperity through expanded personal freedoms and free markets will be readily apparent, but not all nations will choose to participate. Some natural resource-exporting countries will even move in the opposite direction, implementing broad nationalizations of resources and industries within their borders, to the detriment of world trade, as well as to their own economies.

10. National fiscal (un)fitness
Some of the world’s major representative democracies will suffer continued financial decline from the inherent lack of incentives for politicians to limit spending or raise taxes. This will raise their borrowing costs, furthering their fiscal decline.

11. Diverging demographics
With the pace of natural deaths exceeding that of births, populations of the developed economies will stabilize and become older on average while populations of developing economies increase and grow younger. This will further strain the national balance sheets of developed countries, aid those in developing regions, and foster increased immigration in both directions.

12. Widening wage gaps
For low-skill jobs, wage differentials among countries will decrease, but productivity-related wage gaps will grow. This will create increasing friction between perceived “haves” and “have-nots,” which history has shown can be damaging to even well-established civilizations.

13. Rise of virtual communities
Heredity and geography no longer define an individual’s community or even family. The Internet, cell phones and other technologies give people worldwide the capability and anonymity to redefine themselves and their worlds. As the behavior-moderating effects of the family and community dissipate, the resulting individual freedoms will allow both the best and the worst of each of us to be displayed.

14. Intercultural friction
Peoples of different ethnic backgrounds, religions, and economic values will increasingly find the need to interact, often resulting in some form of cultural conflict. The ideal of melting-pot-merging of cultures will continue to be elusive.

15. Alternative energy sources
Heavy dependence on oil will continue as long as oil is readily available. When new energy sources are developed, however, the changes are likely to be significant and abrupt, to the betterment of high energy consumption nations and to the detriment of today’s energy producers

16. Mobility of production
Information technologies will continue to become faster, cheaper and more accessible. This will accelerate the movement of both industrial and knowledge-based business to the lowest-cost global providers, regardless of their locations.

17. Demand for natural resources
Just as demand for energy will outpace supply, so will demand for other natural resources like metals, timber and even water and food. This will create additional scientific challenges and global tensions, including finding ways to shelter poorer nations from the resulting price inflation.

18. Climate change
The growing worldwide demand for energy will collide with increasing pressure to address the risks of climate change. The need for energy will prevail in developing nations, accelerating their growth, while efforts to limit harmful emissions dominate in industrialized nations, restraining their economic growth and global competitiveness.

19. Global interdependence
Greater interconnectivity of the world’s peoples and economies will mean greater interdependence. This can amplify the impact of acts of terrorism such as dirty bombs or electronic jamming, and of natural disasters like viral pandemics, asteroids, or tidal waves.

20. Accelerating space exploration
As the earth becomes more vulnerable and less capable of supporting its burgeoning population, the push to accelerate space exploration will intensify, ultimately leading to discoveries that have the potential to radically change life on earth and beyond.

This entry was posted by admin on April 17, 2009 at 8:46 pm, and is filed under Feed Your BRAIN. Follow any responses to this post through RSS 2.0.Both comments and pings are currently closed.